Where would the idea of running a pub come from? Although Tom had probably spent enough time on the other side of the bar during his time in the Royal Navy like most sailors of that time (and since) it’s a big step to cross over to the other side. One reason could be from his old pal Taff Evans, Taff had told Tom of his plan to open a pub back in Wales upon retirement; tragically Taff was the first to die of the Scott five man team to attempt the pole.

Maybe it was the spur he needed in memory of his old ship mate. Or, it could have come from the Missus, Nell, “his long haired pal” who was used to pub life and working a bar, either way Tom and Nell opened the South Pole Inn, Annascaul. Not that he was a feature behind the bar that was down to Nell and later when daughter Eileen was old enough she was encouraged not to leave and pursue her own career dreams but to work in the family pub. Tom was more likely to be found at the end of the bar reading his paper and keeping up with the news from overseas. A private and modest man Tom kept his head down and didn’t step into the limelight, the only people Tom would likely to regale with his tales of adventure on the Antarctic Continent would be the school children on their way to and from school. Sadly, politically, the time was too dangerous to be perceived as hero of the Royal Navy. 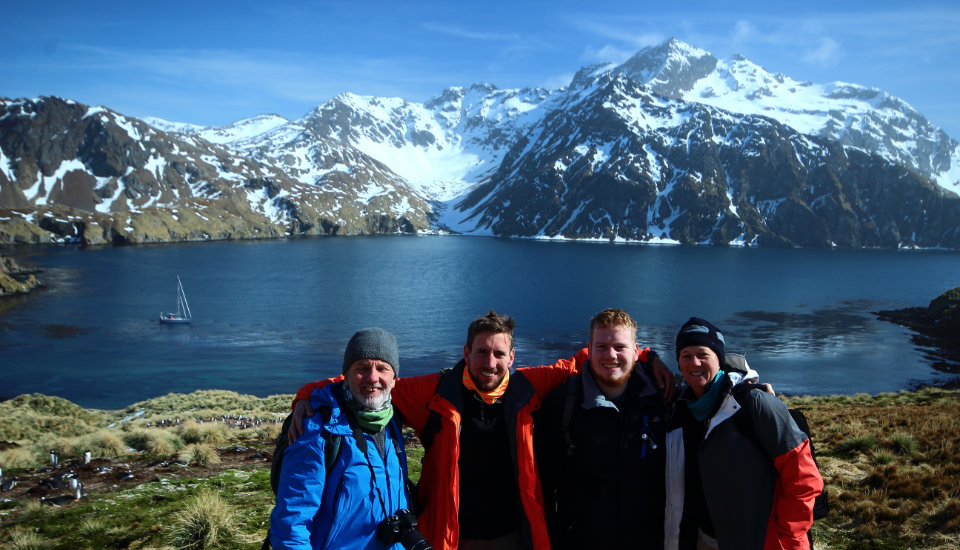 Tom Crean’s granddaughter Aileen has been providing high quality food and drink to the people of Kerry since 1992. Along with her late husband Matt a noted Michelin starred chef until his untimely death in 1998 they ran their own restaurant D’Arcys in Kenmare. Aileen picked up the reigns again after her sons Cian and Morgan left for university, she reopened the restaurant as a fitting tribute to her grandfather hence Tom Crean Fish & Wine and Accommodation was born. The restaurant and guest bedrooms are full of glorious memorabilia of Tom Crean including in the restaurant his very own dining chair. Now it seems fitting that Aileen has broadened the restaurants appeal has developed in conjunction with Torc Brewery, Killarney a fine Irish Red Ale. Obviously with Tom Crean being a publican it’s fitting for his granddaughter to provide a craft ale with his and her family name on it. The name Expedition Ale not only relates to Tom’s time in the Antarctic but as 2016 is the centenary year for his epic crossing of South Georgia with Shackleton and Worsley, Aileen will attempt to recreate the traverse of South Georgia with her two sons and partner Bill. For more information on this epic family adventure see our Facebook page

Irish red ale with a smooth caramel and biscuit base complemented by earthy and spicy hop character. A light bitter finish with a little residual sweetness makes this a perfect session ale.

Pair with grilled or roast meats, mature cheese and goats cheese, cheese cake and caramel or toffee based dessert. Not so good with spicy foods as they would over power the flavour of the beer. 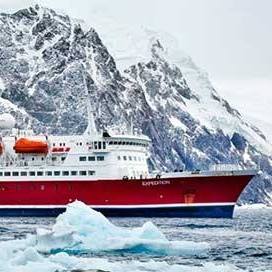 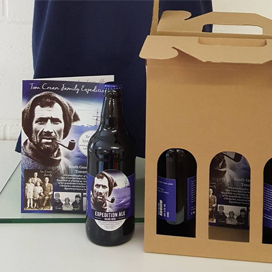 You can find draught Expedition Ale at Tom Crean Fish and Wine Kenmare, South Pole Inn, Annascaul; McMunns, Ballybunion and Roundy’s Tralee; and now on Norwegian Airlines on their Irish/American routes. Bottle’s of Expedition Ale can be found in Kenmare, Dingle and many other outlets in Kerry and Munster, ring Aileen at Tom Crean Fish and Wine on +353 (0)64 664 1589 for further details.

Keep up to date

Anything you need to ask us?

We’d love to hear from you, so please get in touch if you have any questions.